Unfortunately the documentation is pretty sparse, particularly for building and installing packages, and for setting up and collaborating on a project with source control (git).  So if you want to mess around with the dev side of this Timewave Explorer, it’ll take a little hacking.

For this post, I’ll make available a simplified method for setting up a dev envionment for anyone who’d like to poke around and modify the source code.

Note, the following was done on a Debian Linux commandline.  It should work pretty much the same on a Mac OS machine (there may be some wrinkles to deal with), but on a Windows machine there’s probably more wrinkles than its worth wrestling with.  If you’re using windows and aren’t in the mood for those struggles, I’d suggest setting up a Debian virtual machine on VirtualBox and using that.  (I’d also recommend switching to Linux entirely and getting the hell away from the Microsoft and Apple tech overlords!  But that’s a discussion for another time.)

Here are the steps:

To start your journey into the code, Go to Angular -> Applications and load up “twz_browser.html“. 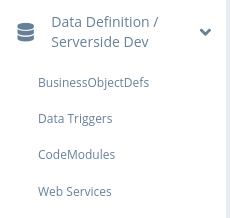 Here are some new features included in the latest update, deployed on 6/20/2020.

When you are zoomed in viewing shorter time spans, you’ll see the graph rendered as an orange/beige color.  As you zoom out, the graph becomes more blue.  (Inspired by the physical phenomenon of mountains appearing to be more blue when they are farther away)

Note that the color gradient change is logarithmic, since we are dealing with timespans ranging from a few days to billions of years!  So, you won’t see dramatic change using the incremental zoom in/out tool.  The effect is most interesting when jumping forward and backward to higher and lower resonances.

I thought it might be interesting to figure out the fractal dimension of the timewave.  I implemented an algorithm that treats the graph as a coastline and measures with subsequently smaller rulers (this video shows how the process works).

If you enable the option in the left-hand pane, the fractal dimension will be computed for the window you’re currently viewing.  You’ll see the result of the computation in the lower pane:

I don’t have any external validation of the code, nor do I believe the computation has been done anywhere before, so I can’t be 100% sure of its accuracy.  However, as you move around the graph, it stays very close to 1, which seems intuitively correct.

Option to invert the graph post-zero-date

Since nothing much interesting happens when you scroll to the right of the zero date, and considering the fact that we are currently existing in the time after Terence McKenna’s original zero date designation, perhaps we should consider ideas for extending the wave past it.

When enabled, this feature takes the wave and rotates it 180 degrees on the plane around the zero point.  The effect is that at the zero date, the graph descends below the x-axis, and extends indefinitely into the future.

This operation actually mimics a step early in the process of constructing the number set from which the wave is generated.  Namely, the 180 degree rotation of the graph of the First Order Differences in which the  the graph is rotated and overlayed atop itself.  Of course, the major difference is that in this operation we aren’t overlaying the rotated graph on top of itself; rather we are appending it to the end.  However, I believe it does create a beautiful symmetry in the overall process, as we’re kind of unraveling that earlier step.  (probably this warrants a little more explanation/exploration!)

Finally, it is not visible on the user interface, but worth noting anyway: I included some changes in this update that refactored the hard-coded number sets (Kelley, Watkins, Sheilak, and Huang Ti) separating them out into their own database objects, creating a more “pluggable” framework for using different number sets.  This will enable a future feature wherein the user can experiment with uploading and graphing with different numbersets beyond the original four.    This will enable the user to experiment with tweaking the process by which McKenna et. al. actually derived the set and observing the effect on the graph.